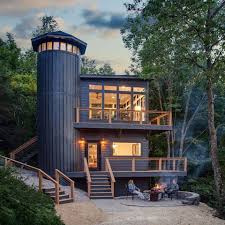 Isn't this an interesting house?  I'm not sure why someone would decide to put this type of tower feature onto the side of their house, but I kinda dig it.  It resembles a grain tower, especially since it doesn't have any windows, except at the very top.  I do like it when it's all said and done, but I don't think I would've ever said to put a grain tower on the side of my home.  I guess it's thinking outside the box and it is original. Gotta give them that.

It  looks like it has a staircase going up to the second story on the back of the house, as if it's a separate entrance.  I love the large picture windows on that upper floor, but I'm not sure why they wouldn't have those on the lower level, unless the upper level is the primary floor where they spend most of their time.

I am in love with this tiny home! It comes complete with unique and roomy interior, lofted sleeping area, custom wood working thro... 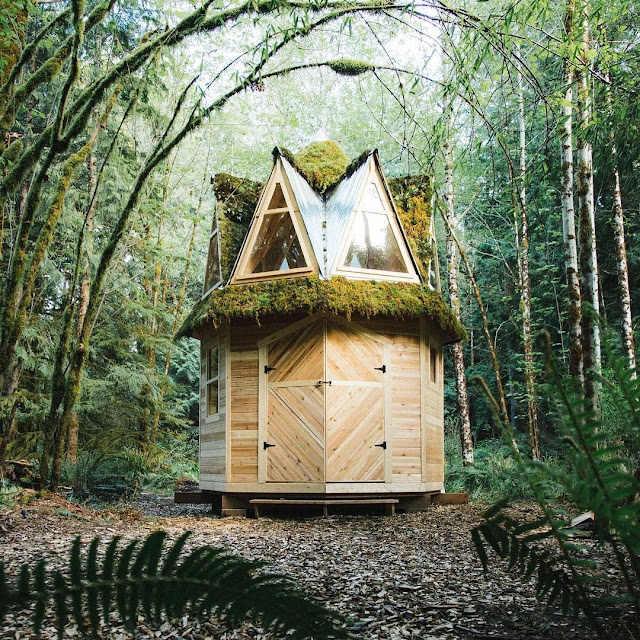